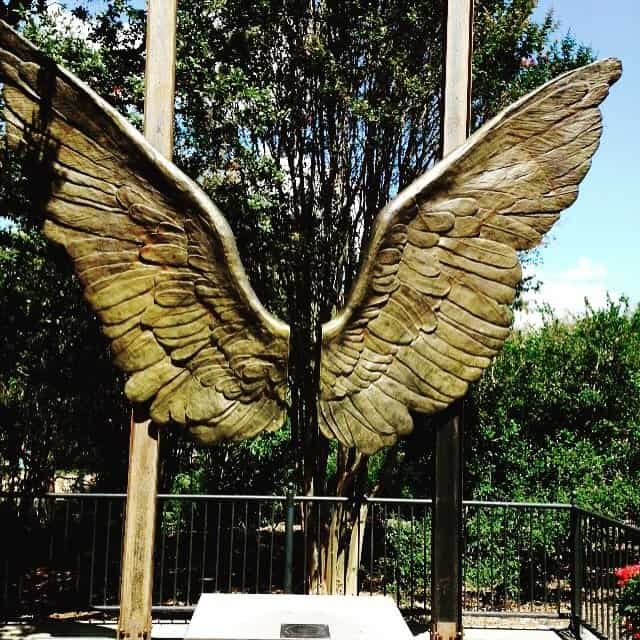 Last week, after returning from one trip and preparing for another, I had the great fortune of finding myself at my local grocery store in that perfect time when the after-school crowd and the getting-out-of-work crowd come together in a shock wave of shining cars and shopping carts.

But then I fell into line behind a man who had seen many years and yet still retained the bright and child-eyed wonder where true youth always lives.

He moved slowly; and, for some reason, I did not jet past as I might have, but instead fell into step behind him, rounding the corner from the coffee into the fish and seafood department.

There he stopped at the counter and smiled in perfect, genuine kindness and spoke, slowly, to the fishmonger, who looked so surprised that someone was taking time to actually see him and speak to him, as a person.

I listened, eavesdropping without shame, for I swore to wisdom long ago that whatever form it took, when I found it, I would follow.

And when the man had shared a recipe and asked after the fishmonger’s mother (she had been ill), then he (and I) continued on into the meat department.

Where one of my favorite butchers was unloading boxes and my unwitting companion and I could both see that the man was not his usual bright and cheerful self.

So the little old man asked why, and what is wrong, and the butcher told him how his hands were hurting something fierce, and I could see the fear in his eyes that maybe this pain was not temporary but something more permanent…and what would that mean for him, and his family, and his work?

The man offered condolences and stood there for a moment with the butcher just being quiet and together. And then he touched him on the arm and continued on his way, and I saw that he had left a little wake of healing behind him.

Onto the bakers we went (I was keeping a good distance back because angels tend to know when they are being followed) and at the baker’s bay, the little old man, with his polyester pants pulled up to his chest and his white cotton v-neck shirt tucked in with military precision, inquired how the baker had been, and the baker pulled out his phone in delight and started showing the man pictures of his grandchild and the cake he had made for her birthday.

Somehow I had a cart full of groceries, and when I turned to grab one more thing and then turned back, I was not surprised to find the little old man with the very bright eyes was nowhere to be found.

On most New Moons, I send out a blessing; but for this one I wanted to share a story instead, a story that might serve as a little reminder about how we can be a blessing to each other – every single one of us, every day.