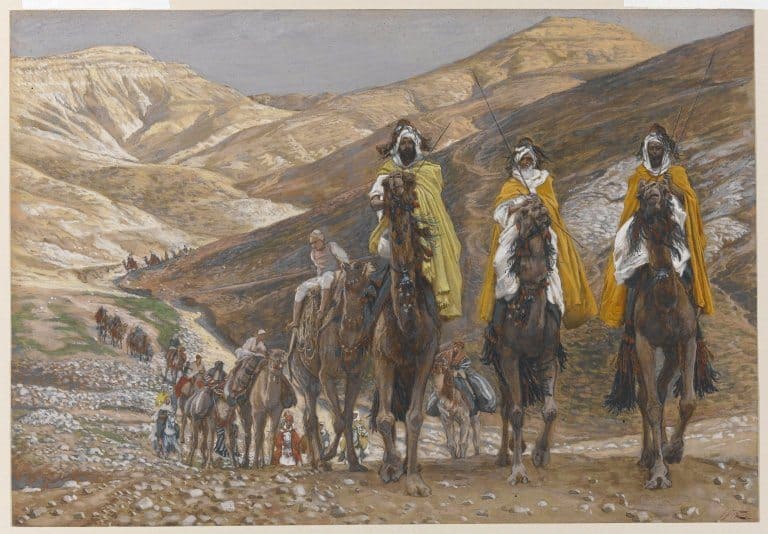 Today let me tell you a bit about one of the Feast Days for the Radically Reverent that we are preparing to celebrate, the Feast Day of Epiphany.

Epiphany, celebrated on January 6th, rounds out the 12 days of Christmas (which begin on December 26th), conclude the Omen Days, and celebrate the arrival of the Magi more commonly known as the Three Wise Men and the gifts they brought for the newly born Christ child.

It is a feast widely celebrated in Europe, Mexico, and parts of South and Central America but for many Americans unless you are Catholic or of Hispanic descent you may not be that familiar with the feast day, which is known by many names but the one I heard growing up is simply: Dia de los Reyes, the Feast of Kings. The Feast Day is celebrated in America in parts of South Texas (including San Antonio) and New Orleans.

This is a day beloved by children in the countries where it is celebrated because the Magi function much as Santa Claus does at Christmas — children write letters to the Wise Men asking for certain gifts and on the night of Epiphany those gifts magically arrive!

The biggest tradition around this day is the buying or baking of a “King’s cake”. Where I live these cakes begin showing up at my local grocery store in time for Epiphany and continue to be available right through Mardi Gras. They are a flat, round, cake, usually spiced with cinnamon, and inside of the cake is a baby Jesus figurine (sometimes there is a baby Jesus and a bean). Traditions vary but the gist is that whoever gets the piece of cake with the baby Jesus inside has extra good luck and fortune throughout the year.

The Radical Reverence of Epiphany

What strikes me most about this Feast Day is that it celebrates the immigrant, the migrant, the stranger, the one who is foreign, odd in appearance, voice or manner, different.

According to the Biblical tale, Mary and Joseph and their new child were themselves immigrants and refugees, fleeing the death sentence that had been passed down onto their child and every first born child in their homeland. So in a very real way this was a joyful coming together of strangers in strange lands.

So it is for us. Honestly, the story of immigrants and refugees escaping horror so that their children might live is one that I hear on the news every single night. We know that such people are all too often turned away at the door just as Holy Mother and Blessed Father and Precious child were. We see it happen all the time.

And it cuts even closer to the bone because within each of us there are parts of self, parts of soul that too often feel cut off and cut away, left to wander a vast wilderness as a refugee, an immigrant — often unwanted, unseen, unheard, unwelcome.

A wall can be anywhere. It can stretch across land sure enough separating families and lovers, cutting off migratory paths not only of people but of creatures too. The truly insidious walls are those we build up, brick by brick across the terrain of our own red and bleeding hearts.

In our common use of the word an epiphany is a light-bulb moment of realization; exciting, exhilarating, and often in retrospect, something that was staring us in the face the whole time. As I understand it, that is the real gift that the Magi can bring – a new, deeper, clearer way of understanding and bringing everyone to the table.

For those engaged in the deep work of calling self back to self, of remembering the pieces back together as best you can, recovering from breaks and wounds of all kinds, and wishing with whole body to no longer be a stranger to yourself, I say this Feast Day is for you.

For those with family members and loved ones who are homeless, caught in the hellish limbo of waiting and uncertainty, those for whom a safe place to rest one’s head is the highest of luxuries, I say this Feast Day is for you and for yours.

The Magi bring gifts. In the original tale the gifts are not ones that were asked for, but they were exactly what was needed. What will they bring you?