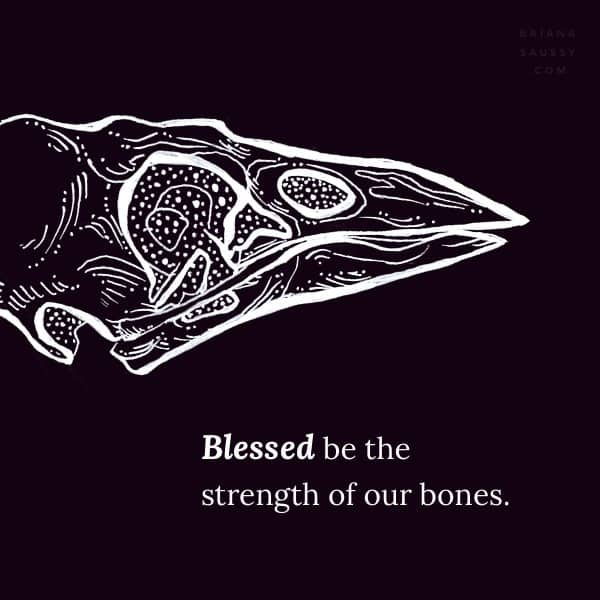 You know the phrase “And they lived happily ever after”?

Has there ever been a phrase that has generated more doubt, cynicism, hopelessness – and yet through it all, more hope and desire – than this one? I think not.

When we hear the words happily ever after we typically meet them with an eye-roll, an exasperated shrug, an annoyed “pfft! Yeah, right.” The promise of happily ever after has been betrayed too many times for anyone in the modern world to really buy into it. If that isn’t the first reaction, then it is something closer to this: happily ever after sounds great, and maybe it can even really happen…but only for other people, and certainly not for me.

Every time we witnessed as children our parents fight, our teachers check out, and our friends be unfair – or as we witnessed much, much worse happen to our bodies, to our homes, neighborhoods and communities – the message was driven home: happily ever after is for suckers. The world seems so unhappy, and no adult certainly seems happy: who wants to be a sucker? Wake up and get real. And then, as we entered into adulthood and experienced the pressures of life for ourselves: making money, making love, making a home, a career, a name, a difference, we felt it again: happily ever after is a cruel lie made crueler by the fact that deep down it is what we most want or what some small piece of us believes is still possible. More than more money, sex, health or love – under all of those is our hope, our silent yearning and our absolute disbelief in the possibility of happily ever after .

happily ever after is an idea that reveals just how divided within ourselves we really are. Exactly for this reason, this phrase and its native ground in the fairy tale are useful tools, for they point to where the real work is for us, ultimately to the possibility of discovering a genuine and lasting wholeness.

I think a great illustration of this division is the popular conceit right now that you can choose to have a happy life or an interesting life but that you cannot have both. The notion is that a happy life is a stable, normal life, so for us in America it would look something like a stable marriage, 1.5 kids, and a white picket fence, a diversified stock portfolio – so they say. An interesting life, on the other hand, involves grand adventures, travel to exotic places, love affairs that end as passionately as they begin, great art and food and music. But you won’t have someone to come home to at the end of the day or if you are coming home to someone there will be lots of existential conflict and difficulty.

Those who encourage a worldview split between happiness and passionate interest claim that you cannot choose, cannot have both. When we look at the sources from which happily ever after springs, however, we discover that the idea is much richer than it sounds at first blush, and we might even find that a happy life and an interesting life are closer together we think.

Much like their best-known ending phrase, the fairy tales we grew up with as children had a reputation of being very sweet and just as unlikely. But much has been written and said to help us remember that this is not the native truth about fairy tales, that these stories are often much edgier, scarier, and bloodier than their more recent cleaned-up versions suggest. Or, to put it in a different way: the pressures of life, what we once called the necessities, are not overlooked in fairy tales but on the contrary are the fulcrum around which such stories turn.

Fairy tales do not seek to dispatch with difficulties; rather, they teach us how we might engage them more directly and more fruitfully. It is easy to hear in the phrase “and they lived happily ever after” or in many of the other effortless resolutions we find at the end of a fairy story, the attitude of hearkening back to some once upon a time, a golden age, as perfect as it is unreal. But that sensibility is alien in the stories themselves.  The tales are about the hardships we face in life, told and created by the people who live up close and personal to those same hardships, who often knew fear, hunger, danger, and powerlessness much more intimately than we do today.

So it is not honest to say that the idea of happily ever after is simply pie in the sky emerging from a more innocent time, place, and people. Perhaps then it was a phrase of escapism – in real life, stories did not end well and many hardships were not overcome.  But in our stories at least we could give our heroes and heroines the happy ending they deserve.

But what is escapism if not the movement from an idea that is real and knowable to an idea that is at once more real and contains more mystery? This is what J.R.R. Tolkien meant when he wrote that every airplane wishes to escape into being a bird and every cathedral secretly desires to become a grove of trees. So here too the argument that happily ever after is merely spun sugar escapism falls flat. The idea of happily ever after carries weight and pain exactly because we know that it or something like it really does exist and is possible.

Another argument is that because fairy and folk stories came from lower classes, happily ever after was inspired by economic mobility and the much easier lives of the wealthy nobility. Yet even a cursory glance at fairy tales reveals to us kings who lose their kingdoms, queens who cannot have babies, and royal children who are kidnapped, betrayed, and even killed.  Hard necessity is an equal opportunity player in fairy tales and folk stories.

So then we are left with another fresh possibility. Perhaps the real meaning of the phrase “and they lived happily ever after” is not what we think it is. Is it possible that living happily ever after is not to live in absence of suffering, pain, loss, difficulty, and death?  Could it be that happiness is living with all of those experiences (as well as job, love, desire, hope, and beauty) in a certain way?

In this way what we witness in these old stories is not a utopia or an unrealizable ideal, but in fact the possibility of a living happiness. This living happiness becomes a promise only if we are willing to rise up and meet the challenge: how to find life gladdened, enlivened, enriched, empowered and enchanted, not because bad things never happen to good people, or times are never chaotic or devastating, but exactly and precisely because they do and they can be.

Now when I use the phrase “and they lived happily ever after” in the stories I tell, I pose it as a dare: when they least expected it, when it seemed most improbable, they discovered the source of a living happiness…will we?