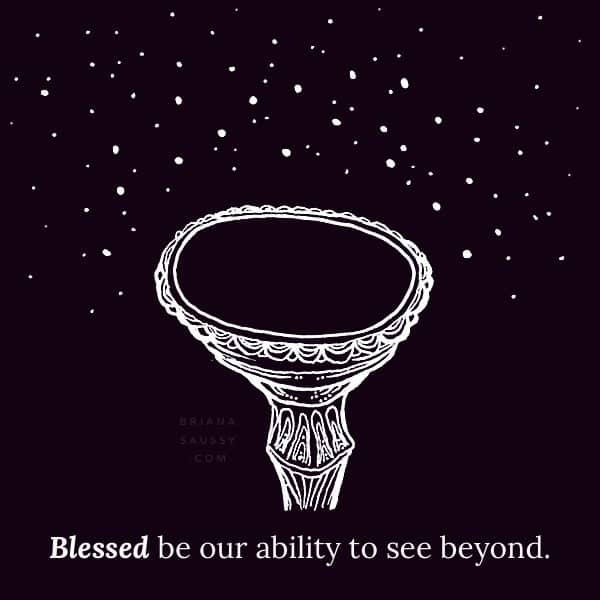 I find myself sometimes craving quiet space for the reflection, connection and wonder that reading deep and luscious books can create. So, after a little ritual and nestling in my rocking chair next to a big open window, within clear view of old pecan and young oak trees, I opened my book. Cup of tea at hand, I was ready for anything.

Or so I thought.

I soon came across something in the book (name of author shall be unmentioned) that stopped me in my tracks. The author made the claim that the human future is “off planet.” I was surprised by this, by what amounted to a denial of earth bound existence – quite unexpected given the other parts of the book.

I was truly stumped. Are we not in or among the stars already? I wondered, thinking of our place within the Milky Way Galaxy, with its wondrous barred spiral structure.

The other day a dear friend of mine asked where people begin when they work with me. He was asking a practical question: when I send people to your site, where can they start? To which there is a practical answer (sign up for this lunar letter and then enroll in Spinning Gold). But the question goes much deeper than that, doesn’t it? When it comes to the sacred, the magical, the meaningful, when it comes to wholeness, healing, and holiness, where do we start? This is really a question about path, beginnings and endings.

I have noticed a trend lately, and I’ve seen it among sacred artists and those who love the arcane and esoteric; but I also come across it quite regularly in peer-reviewed scientific journals, political discourse and social commentary, as well as popular entertainment. It is a story I can bottom line for you in this way: we should start and end as far away from here as we possibly can.

Fleshing out the story from its bare bones, it sounds like this: You need to move. But don’t stop moving. Don’t ever, because you might die. But don’t only move, but move forward and move away from where you are standing right now. The more off the ground you can get the better. If you move fast enough, long enough, you can move into a different stratosphere, maybe a different economic or social bracket. If you keep moving you can actually escape the earth all together and head out into that final frontier that is becoming so much more tangible now – off planet, outer space.

Have you noticed how opposed cultural forces like cutting edge scientists and evangelical Christians are now telling the same story? How they understand the tale and whether or not it has an ultimate moral is up for debate; but the story is the same in both. Our current planet has been too degraded, the wounds it has suffered too irreversible, such that turning away and above, turning to heaven, is the next logical step. This is no longer a fringe theory. It has been breaking into the mainstream, touted by those “in the know” as the next big thing. They could be right. Heaven and earth know that we have been looking for ways to slip our mortal coil since we first realized there might be some difference between spirit and matter.

It is easy to forget that the body and earth are not “made” of matter. After all this time, the nature of the body still quite eludes our grasp. A family friend of mine of many years, a brilliant woman and an accomplished doctor (and, as it happens, my ‘fairy godmother’ or FGM) reminded me of this indirectly when she related to me how death and dying in the field of medicine is treated – as a matter of policy and procedure – like a pathology, a disease. She is as tough-minded a scientific skeptic as can be, but much of her life’s work has consisted in promoting the far healthier view that death is part of life – not a problem to solve, but a reality to experience.

This effort to “solve” death is related to the more extravagant but more and more plausible and popular dream about going “off planet.”  For both projects or intentions, limitation has somehow got tangled up with ‘badness’ in a sort of baseline or absolute way.

We find ourselves constantly having to move through different worlds, even in the span of single day and a night. We find ourselves in some significant relation of dependence on what is other.  Being able to envision how all these worlds relate is what visions of the Otherworld, as it seems to me, have always been about. But right here – within our “real worlds” experience, it is clear that our true pathway in life to human flourishing or well-being, could never finally be attained by a series of shortcuts or moonshots. Our true pathways are held within certain horizons. No matter where we go, to whatever degree we extend our senses by means of special instrumentation, those horizons follow us.

In mystical traditions world over the path – of knowledge, of action, of devotion – is not straight nor is it simply crooked. It is not a circle or a maze, but rather something that geometrically borrows from each of the above – a spiral. A spiral with dimension, descending into the lowest levels of the Underworld and reach up and out into the Imperium. We see this shape in the most essential and microscopic levels of life and see it again perfectly visible, obvious, and accessible to all in daily life. We see it reflected in the structure of our own galaxy and the double-helix spiral of our DNA.

For all of our instruments and data collecting, I believe the ancients understood the stellar realms in some ways much better than we do. It is easy to catalogue what they got wrong in their observations, but much harder to make sense of what they got right. Practically of course it makes sense when we remember that, for our ancestors, the stars were both full of wonder and necessary information, including whether the rains would fall at the needed time or the fish would run that season. That necessity allowed the ones before us to have a real relationship to the starry realms – to get to know individual stars and planets, to see them as allies, guides, and challengers, to love them in exactly the way that children do to this very day. When we begin seeing stars as astral phenomena that can be catalogued and measured but never spoken to as one might speak to a grandmother or grandfather, something is lost.

So it may be useful, as we moderns turn our attention to the heavens once more, to reflect on what those who came before us taught about the Otherworld, as well as the lessons of our own galaxy.  If we were able to sit down with them and ask where do we begin? they would tell us there is only one place to begin: at the beginning. Begin where the feet touch the ground and your breath feeds the trees, right there. Begin with the words you have to communicate. Begin with the person sitting next to you on the hot, afternoon rush hour bus, with the little girl at the table across from you playing with dolls, with the friend you haven’t called in a long while.

The Otherworld is not some fantastic place sitting in a far off galaxy and waiting for the day when we are smart enough and technically advanced enough to travel beyond the speed of light; nor is it some edenic place waiting for us to utter the just right words while standing on one foot and with one eye closed. It is right here, like the breath in our body; it is the breath running throughout our physical world here and now enlivening and enchanting always. You don’t have to move at all. You can, and if you want to by all means do; but I would say move the way a spiral moves – going back and forward, side to side, up and down – it gives you so much more range – and the place where you end will have dimension, dynamic, and verve that allows you to see it for what it really is: the same place where you started, only deeper and vaster now, capable of holding so much more.