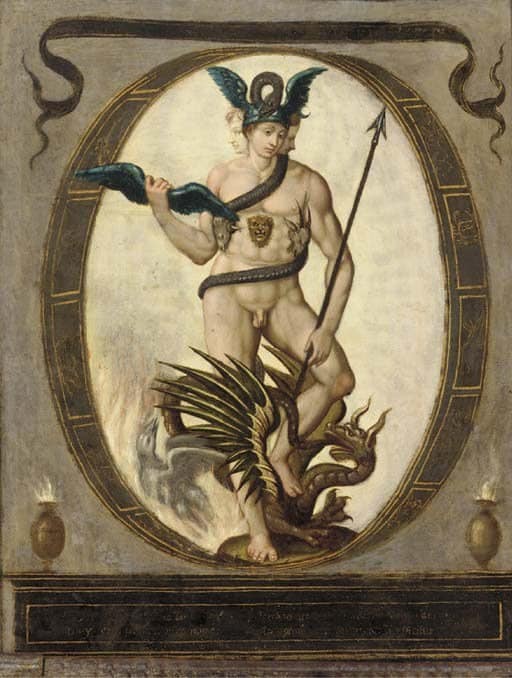 I think its time that we let ourselves get a little deeper with planetary retrogrades, use the time wisely, note it for the strange aberration that it appears to be. Most of us know that when a planet, say, Mercury, goes retrograde we should beware of various challenges and hiccups. We have heard the “RE” rule – that a retrograde period favors any activity that begins with RE – like review, return, repair, and rediscover. But many of us are far less familiar with one of the key ways in which our ancestors viewed retrogrades, which was with an understanding that whatever planet was in retrograde motion, that planet was making a descent into the Underworld and going through the Underworld throughout their retrograde period.

There are many reasons why the people who came before us and paid attention to stellar and planetary events chose to interpret retrograde motion as a kind of descent – I think one of the main reasons was the general belief that any “backwards motion” smacked of dangerous paradox and ambiguous or malignant forces rising to the surface and becoming more visible in every day life. (For instance, in more than one ancient Greek tragic play we see rivers running backwards as an indication that bad things are about to happen). To our ancestors retrograde motion was out of the norm, out of sync with regular and proportional motion and cycles, and as such, suspect.

For our sacred artist ancestors that suspicion morphed into opportunity: while others cowered in fear and waited for the heavens to naturally right themselves, the magicians and dreamers, poets and lovers chose to take the opportunity to align themselves with the planet’s backwards path and in so doing turned their attention to the areas of their lives that were in shadow – the places that are ignored, unseen, and unheeded because they feel a little too dangerous, too deep, and too hot to handle.

A big complaint about retrograde periods, especially Mercury in retrograde, is that it interrupts our daily routine and life. There are things you can do to address that concern and keep your ship sailing on relatively smooth waters. But there is also a needed flexibility during this time, a willingness to have “business as usual” interrupted so that the things we would rather not deal with but very much need to, can be brought to our attention and we in turn can have the space and time to meet them head on. After all, Underworld descents are always about finding blessing in the broken places – sometimes retrogrades show us how that process works quite literally and though we might be annoyed in the moment of having to deal with whatever, we would also do well to greet this time with profound gratitude and readiness for what might emerge.