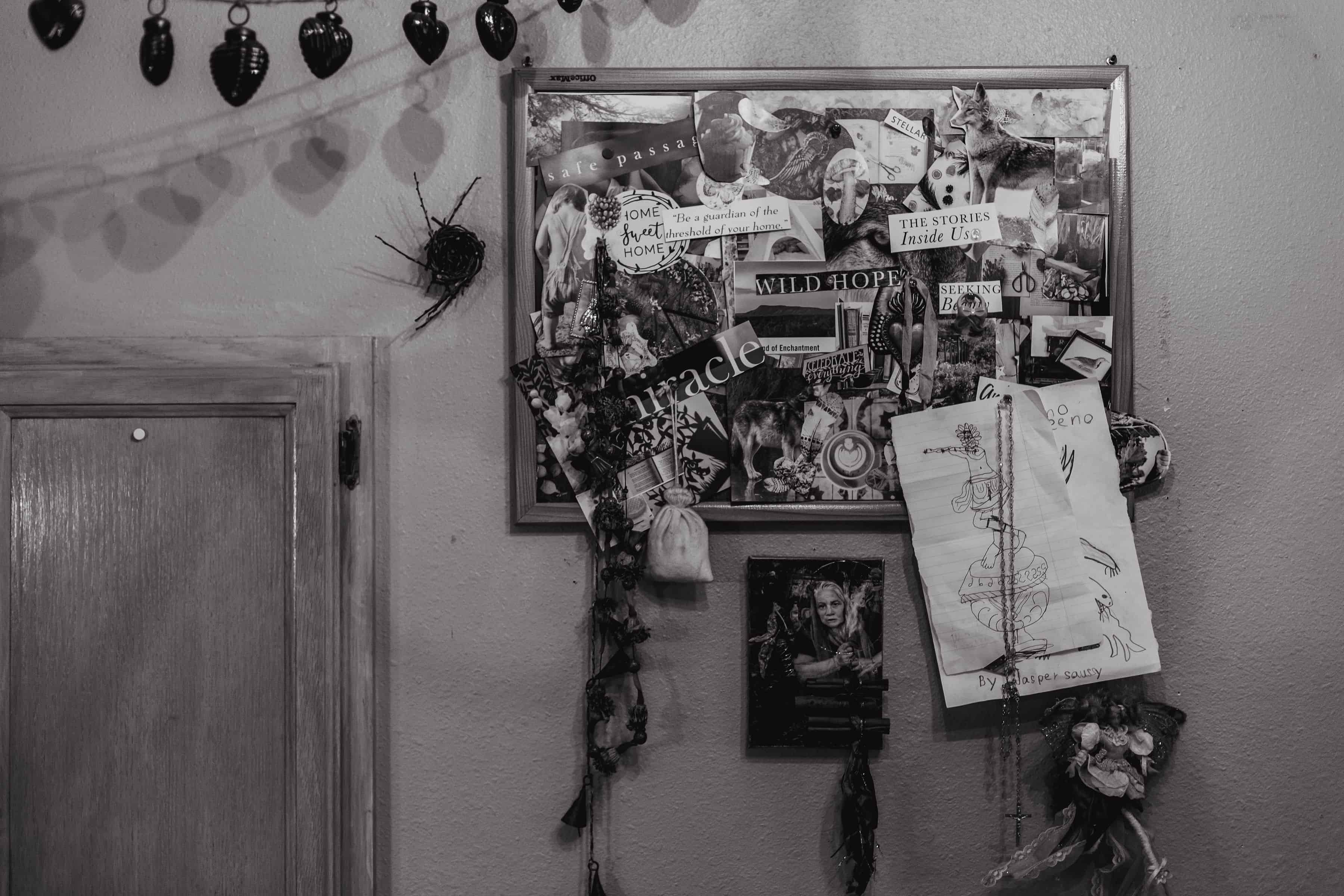 Happy and blessed New Moon in Capricorn! This is a moon for business and strategy, plotting and planning. It falls at the beginning of the New Year when everyone is all about planning anyway. Our visions of sugar plums have been replaced by bullet journaling, filofaxes, the magic that is JetPens, and of course the Sacred Arts Book of Hours.

I love planning and planners. I always have. My Venus is in Virgo which means that organization is like catnip for me. I especially love working with astrology and planning by starlight. Years ago, when I was pregnant with Jasper, our oldest, one of my colleagues asked me how I was doing everything that I did. I was over 6 months pregnant and my business was exploding with both one-on-one work and teaching. My response? A ruthlessly organized and followed calendar. Plotting everything out and physically making time for each thing on my calendar – and then actually following through with it – allowed me to grow my business while also fostering the growth of a baby.

At the end of 2017, when I knew I was pregnant with our second child and had a book deal (and therefore a book to write) in my hot little hand, I realized that I needed to take planning to a whole new level. You name it, and not only did I have it on my calendar, I had auto-scheduled it in my email server and on social media. Every “t“ was crossed and every “i” was dotted, and everything had been triple checked by myself and my team.

Whew. Does it sound exhausting? Planning actually doesn’t have to be. It is very clear to me that I could not have done everything that I did in 2018 if I had not allowed some very well made plans to shape and inspire my work. Yes, inspire! Planning has given me the time and space that I needed to write my book and be with my little guys, the time I took to make and plot them was time incredibly well spent.

For those of us who never feel like we have the time or space to do what our heart longs for – actually being able to have the time and space is sometimes all you need to catch the scent of the wild animal we call magic. As sacred artists, then, I think it’s high time we give the art and practice of planning it’s proper place…as a much needed sacred art in the 21st century.

After one of the most exciting years for me both personally and professionally, does it surprise you to hear that my New Year’s Resolution is to slow down in the right way and not plan things in detail? On the one hand, this is hilarious…I have a book coming out this year. I will be traveling some to promote it, teaching classes, and I have a whole bunch of new exciting things to share with you all. Plus, Heath will turn one this year. Those of you who know young children know that this means he will start walking and talking. And if Jasper at one was any indication, that means that all of the silverware in my household has to go up on the counters – especially the knives – and all the outlets have to be plugged up VERY securely. So…slow down? Ha!

But I am. In the right way, and this is key. And for me, part of that means – gulp! – not planning everything down to the tiniest detail. There are several reasons for this. This article gave one good one that has to do with productivity and the endless, ceaseless, calls to be more productive (whatever that means) and how they are a bit, or a lot, tyrannical.

Plans are sneaky. You create them, and you feel in charge. But they have a way of turning that around – so that you are tempted to stay on task and keep to the plan even when that doesn’t feel right, even when that isn’t really in alignment with what you are focused on or what your community is asking for. This did not happen to me. In the middle of one of my busiest periods last year I heard a clear call to offer up a certain kind of magic – a healing kind – to the community. It involved consecrating crystals over a full moon cycle and sending out readings to those who needed them and I had ZERO time for it, but I did it because I heard the call. And when I learned that there were some people in our community healing from heartbreak and cancer and physical abuse…well, it made sense and affirmed what I have always known which is that my Holy Helpers know better than I do. So I listened and responded.

But it was hard, harder than it should have been, because my plans had gone from creating more space, freedom, and time, to locking me into routines and commitments that did not allow much room for spontaneity and the magic of the unexpected. Making room for the unexpected is something I am devoted to – I think in our world and maybe in all worlds, we have to be. The unexpected illness, playdate, gallery opening, writing opportunity, teaching engagement, friend from out of town who bought a surprise plane ticket and showed up, job loss, financial hit – the unexpected is the thread shot through with the glitter and the grit that makes the warp and weft of our lives so very interesting and precious. In whiskey making there is a term to explain the 2% loss of liquid that occurs during the ageing process (usually occurring in wooden barrels), it is known as the Angel’s Share – this is the offering up of whiskey that is made to the angels (or if you talk to old whiskey makers from old parts of the world, the faeries). It is not perceived as a loss but rather an offering.

So I am doing the same thing with my plans for 2019 in the name of slowing down in the right way. This is where planning is lifted to a whole new level – from a compulsive activity to a genuine art. Plans will have to be made, charted and plotted. But there will also be spaces left clear and clean and unfilled. In the name of creativity, spontaneity, and the unexpected. I’m leaving spaces open so that I can hear what I need to hear, know what I need to know, and do what I need to do…for myself and my family and for our greater community. Think of it as an offering to the angels and the faeries, the glitter and the grit. 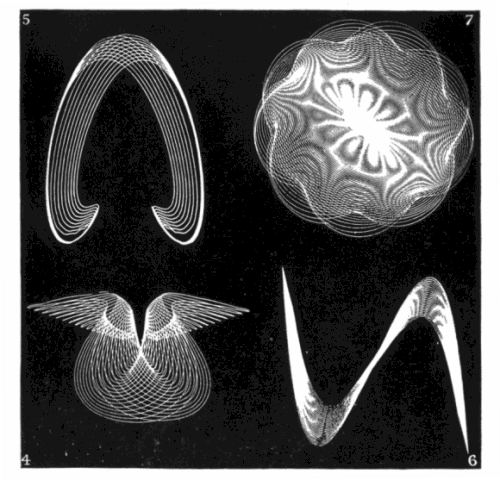 ear Miracles: I have seen a trend lately — maybe you have seen it too — a need to categorize ourselves and reduce our brilliant complexities, annoying contradictions, and divine paradoxes to one noun, three verbs, a list of adjectives, a “type”, a “goal”, a “feeling” or a “skill”. These exercises are usually accompanied with various forms of mind mapping, frenzied list making, vision boarding, and the rest. No one appreciates a fun “what is your type” quiz more than I do and yes, knowing that according to Myers-Briggs I am an INFJ can and has been useful to me. Just as knowing that I have a specific set of goals, ways in which I want to feel, and values for myself (all derived through thoughtful systems created by people I like and respect) can also be useful.

However, do you observe-at the end of yet another mind map or vision board or archetype quiz-that you feel a little empty, maybe even a little sad, and no closer to the real, shining truth of who you are?

The desire to categorize and put a name to the divine mess and beautiful labyrinth that is our unique and core being is ancient. I believe all of this work springs from the imperative to Know Thyself and None Too Much — inscribed above the Oracle at Delphi’s seat. In the case of the Oracle, one had to know oneself to both understand her often Sphinx-like pronouncements and also to apply them correctly to one’s life. (To see a tragic case of inappropriately applied knowledge please read Oedipus Rex by Sophocles). It is an ironic imperative because “know thyself” does not happen all in one go, once and for all, finally it is over and I KNOW! Instead, knowing ourselves is the work of a life time, a gradual unfolding, a process of rising, flourishing, decaying, dying back, and then waking up the next day to do it all again. Time, contemplation of one’s life and choices, and alignment of your will with your actions and thoughts are all time tested methods of coming to deeper self-knowledge.

For those of us who recognize a power that is greater and more absolute than our individual selves there is the acknowledgement that true self-knowledge must also come from conversation and consideration with that Great Spirit and the purpose to which our lives are tied. Does it feel strange to consider that you might have a divine and unique purpose right here and now? I know it can feel a bit off — but why else would there be a you? A completely unique person who has skills, abilities, vulnerabilities and weaknesses that no one else has in quite the same way? If you are spending time at my online sanctuary then you already feel this – – most likely in your bones, your heart, and your mind — you know that you are both precious and purposed. I know people who are here to create beauty, to care for the defenseless, to impart wisdom, and bring families closer together through their personal dramas and foibles. I know teachers, visionaries, and mystics. I know writers, poets, and protectors-and no two of them are the same.

If you have found a system that helps you truly know yourself then rock on and good job. But if you feel that you have not gone as deep as you could have — it may be time to stop asking: Who am I? And start asking:

Why am I here?

Why this unique combination that is so decisively me?

These questions cannot be answered with a catchy list and they may well keep you up at night.

Truth often does that!