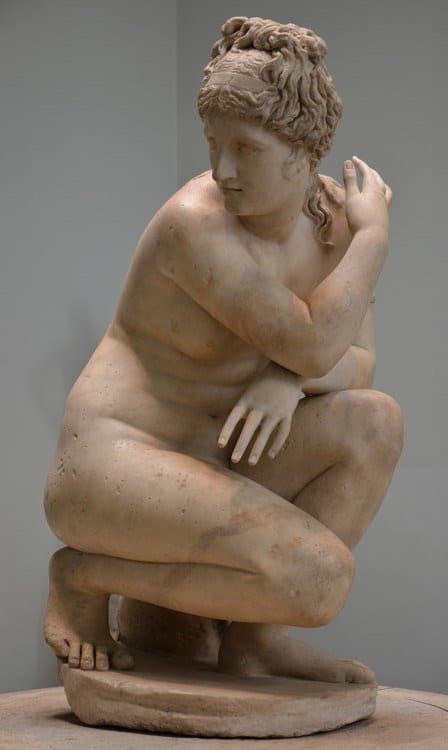 he is the morning and evening star, the five-pointed pentacle, the sweet bite of an apple, and the heady scent of rose. Venus is the tang of salt on your tongue and the song of sensual pleasure thrumming through our bodies.

She is Venus but behind her stands Aphrodite, behind her we find Ishtar, Isis, and Inana – to name only a very few. She preceded all of the Olympian Gods and Titans in her form as Aphrodite Urania, heavenly Aphrodite, as she sprang from the blood and seed soaked waves in the wake of Uranus’ sacrifice.

She is lust, desire, and love in all of its many forms embodied. She is the ripening fig, the rich red wine, the golden honey, and the decadent cream, but she is also the sacred spring and the wind through her beloved Cypress trees, trees that like her, know something of the Underworld and Shadow.

She shows us that it is possible for Love to vanquish War, for beauty and harmony to outsmart perfect strategy and pure power. She has bewitched the most powerful of witches and spurred on fierce battles.

Most often we think of her as a rather conventional beauty, full hips, and breasts, slender waist, nubile position, forgetting that in some of her greatest statues she could easily be mistaken for Athena, appearing as she does in full battle armor. The teaching of course is that no force knows how to battle the way that Love does.

Traditionally she was petitioned to bring a lover, keep a lover, and deepen a current love relationship. Her blessing was sought on all marriages and unions of all kinds, her provenance extended to bring beauty, music, laughter, dance, and joy into the hearts of mankind. She is both a breaker and healer of hearts, the desire that can set us on the right course or drive us mad. She is often perceived as the weakest and flightiest of the Divine, but anywhere depth happens, she is present. Hekate, Titaness of the Underworld, and Guardian of all Thresholds is her protector because Love is the most precious of all.

e is so ancient that his presence pre-dates both Gods and Titans seen less a God-like figure and understood more clearly as the Sky itself, the realm of heaven which is exactly what his name means – heavenly. As such, Uranus is the Holy Helper most capable of seeing the whole, of knowing all that is under the sky, cultivating the bird’s eye view.

He fell in love with Gaia, Earth herself, and as a result, he is called on even today when the Earth needs protection and defense. With his love, he had children, the first of the Titans, the beginning of a divine legacy. In this way, he helps us see our own legacy as well and he is especially helpful when we need to cultivate both vision of the future and the actions that make it possible. He was castrated by his children in a clear need to ancient sacrificial practices around kingship, reminding us that claiming our future requires we leave certain parts of our selves in the past.

When his sex was thrown into the sea, magic occurred, and among the beings called to life was Aphrodite herself, bringing to our attention the essence of vision, future building, care for the Earth, and life itself: Love. Uranus 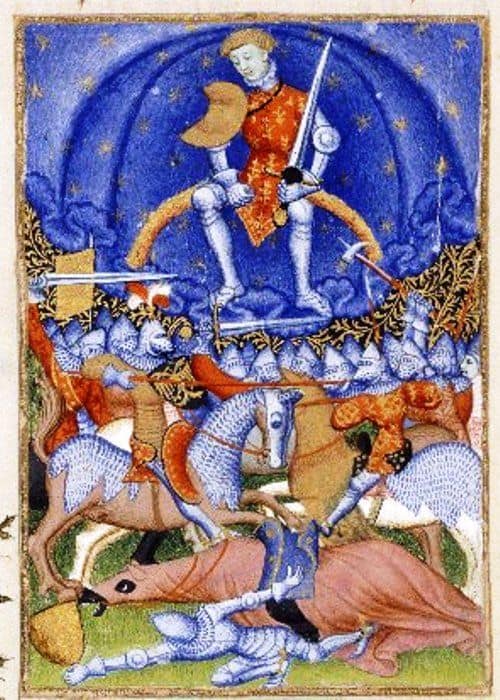 e is the God of War, the bringer of strife and disharmony, one of the troublesome planets, the ones that are seen as baneful and full of bad luck. Let me show you his (Mars) Holy.
He is the activist in the streets, the brave rush into flame or bullets, the soldier who takes the shot meant for someone else, the officer who takes a knee. He is the fiery hot courage to say what needs to be said, to do what needs to be done. He is not patient, he is tired of waiting, he refuses to sit back. He is disciplined and will support you in being such as well. His furious might can be controlled and unleashed at the exact right moment, as can yours. Focused. Defiant. Potent. He is your ally in this. He is the Protector, the shield, the one who stands for those who cannot stand for themselves, who defends the defenseless, he has much of Michael in him.

He is the lover of Venus/Aphrodite – an illicit love, hidden for eons. Because what does it mean for War to be a lover of, a devotee to Love, Beauty, Goodness, and Kindness? Their story has been trivialized, mocked, ridiculed, but there is medicine here and wisdom if we will see it. What happens to our understanding of War when we realize that it too, can love? He is a Holy Helper who reminds us that when we truly love someone or something we will go to battle for it. To love is by Necessity, to risk. He is the God of War but he is also one who tells us why, when, and how we make war; he stands by us as we choose our battles. Many of his children are monstrous as we know all too well. But Harmony is also his daughter, without him, she does not exist. mars mars