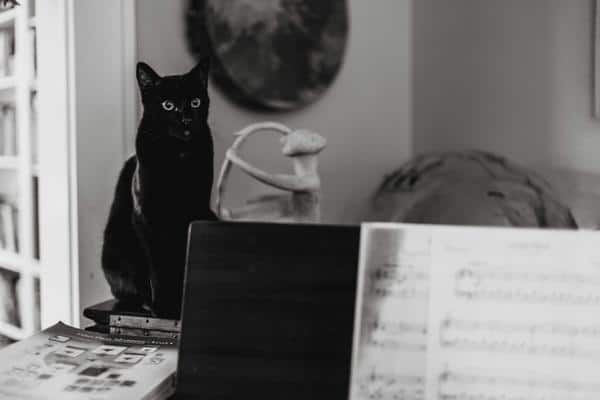 Today marks our final lesson in this mini-teaching on Surviving Shadow Work. You can access lesson one here and lesson two here. I want to take a moment to thank all of you for the kind emails you have sent, full of your own stories of survival and shadow work – it is such an honor to bear witness to each and every one of them.

So in our final lesson I want to touch on how we LIVE with our shadows. Once we have discovered them, seen them, found medicine for them and applied it…then what?

Go back to our first lesson and recall that the origin of the idea of shadow work started with Carl Jung. We don’t have to be Jungian scholars to understand that Jung’s ultimate vision of a happy, person with a healthily functioning psyche was one of integration, meaning that the healthy psyche was one where shadow and light, good and bad, desire and restraint, all have roles to play.

In some cases, usually in cases of severe trauma, recognizing the root cause of a shadow is a really significant act and the shadow itself – once properly treated – simply disappears.

But for most of us what we find is that we discover a shadow, find the needed medicine, treat it successfully, and then integrate it into our waking life in various ways.

For some of us that will look like relying on the right medicine and making sure it is available to us.

For others it is sufficient awareness of what situations might trigger your shadow and the subsequent avoiding of those situations.

Still for others there is a sense of peace and healing that goes hand in hand with renewed energy and activity.

The point that I really want to make here is that we all live with our shadows in different ways, but living with them is really what we are meant to do.

Even in cases where one shadow seems to have completely been illuminated (and thus disappeared) there will be more shadows…there always are. That is not a bad or good thing, just truth.

However, we can make choices in our daily lives that feed our shadows or don’t. And we can choose to look at our shadows when we are ready to or not. So many of those choices constellate around how much strength, endurance, and support you have in your life at the given point in time. For this reason attention to the things that nourish you here and now is of paramount importance.

In short, we live with our shadows best when we discover what truly sustains us at present.

So, for your final prompt I would like you to consider that: what truly sustains you and how can you bring more of that sustenance into your life?

Today we are going to work in a very particular way with the area of shadow that you identified for yourself after reading yesterday’s lesson.

As I wrote there, the biggest challenge around engaging in shadow work is getting stuck in the psychic underworld, never ascending, never returning to life here and now.

I believe this is such a challenge for the age-old reason that any journey can be perilous – distraction. For when we plumb our depths and experience the underbelly of our thoughts, feelings, actions, and beliefs we often find much more than we bargained for.
We may have started our journey with one area of shadow in mind and find ourselves months or even years later so far off course that we couldn’t tell you what we were trying to do in the first place. In some traditions, this is referred to as being fairy-led and there are many stories that deal with the theme: from the Biblical tale of Lot’s wife to the ancient myth of Orpheus, to the classical work of Dante. In all cases, the protagonists deal with the very real possibility that in their foray into the Underworld (where our shadows reside) we run the risk of getting stuck and never ascending.

Which brings us to the question of how one avoids falling into the trap of distraction and making the actual ascent back into the world here and now. The answer is simple: stay focused, find the needed medicine, and apply it immediately.

Let’s break this down into three steps with the help of a hypothetical story. This is a true story from one of my clients who gave me permission to share, the name has been changed for obvious reasons.

Amy dreams of public speaking. She has had offers to go and speak in front of crowds and lead gatherings because her work is popular and known. But Amy does not like to be in the spotlight AT ALL. Not because she is shy – she isn’t – but because she is very comfortable with people’s eyes on her. Amy came to me to have some divination on this situation and also to do some liminal work around it – she realized that some shadowy reason was at the root of her resistance to being seen and wanted more insight on it.

We worked together and this is what she found:
Amy realized that the shadow she was dealing with concerned her dad. He would come home from work every day tired and angry and looking for someone to take it out on. Since she was very tiny Amy learned to hide, in her bedroom, among her stuffed animals, to avoid his wrath.

This brings us to Step One: Stay Focused.
Amy did not need to do a lot of work to discover the deep cause of her discomfort with the spotlight. A little divination, a little liminal work, and she knew what the situation was. At this point Amy had a choice: she could continue with the shadow work by seeking to understand WHY her father was the way he was OR she could deal with the issue at hand – her discomfort with being seen. You can see how tempting it is to take it further, to get just a little more information, but you can also see how that journey takes us farther away from the goal – which was to support Amy in public speaking and being seen by people. Amy wisely chose to deal with the issue at hand. She knew what her shadow was, now what?

Step Two: Find the Needed Medicine.
Amy had mentioned that she always hid among her stuffed animals. A little more divination and a few questions later, we had determined that one stuffed animal, in particular, a lion, had really made her feel especially safe and secure. This was ONE medicine that resonated with her situation and addressed her shadow with potency. From there it was obvious what needed to happen. We were ready to move to Step Three: Apply It Immediately.

Now we did have a moment where we had to get creative because Amy’s little lion was long gone…and a grown woman probably couldn’t take a stuff lion on stage with her! But, we did discover that there are tiny stuffed animals of all shapes and sizes, many that attach to a key chain. Amy found a lion she loved, I loaded it up magically for her, and she attached it to her key chain. She takes it everywhere with her and guess what? She also does lots of public speaking now. Amy had a successful encounter with one of her shadows because she stayed focused, found the needed medicine, and applied it immediately.

You can do this as well: go back to the shadow you wrote about in the last lesson. Think and feel into it and try to recollect what medicines supported you when it was an active force in your life. There may be several such medicines but most likely, one will stand out. Then ask yourself: how can I apply for this medicine today and immediately?

In our final lesson, we are going to talk about what happens next, after the medicine has been applied.