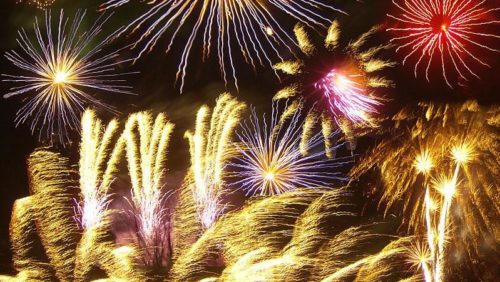 Note for July: Mercury turns direct and a trio of Sun oppositions give us the flavor for July which is festive, forward-facing, and overall moving in a positive direction despite a few snags here and there. This month also holds a few moments where truly deep healing can occur.

7/1: Saturn retrogrades out of Aquarius and back into Capricorn. This is Saturn’s last hurrah in its home turf of Capricorn until it returns in about 30 years. Any final lessons that you have been working on under the guidance of Saturn for the past two years come home to you in the deepest way between now and December 17th.
Ask: What disciplines do I need to review?

7/4: Lunar Eclipse at 13 degrees Capricorn at 11:44 PM
Ask: Where am I resistant to developing mastery?

7/8: Mercury square Mars. This aspect reminds all of us – if you cannot say something nice then don’t say anything at all!
Ask: Where do I need to remain quiet?

7/12: Waning Quarter Moon at 3 degrees Aries, 10:24 PM. A reminder that this is a great time to banish: https://brianasaussy.com/what-are-you-really-banishing/
Ask: What weapons am I ready to put down?

7/12: Sun trine Neptune. This is a lovely and gentle aspect that makes us all feel kinder towards each other. You may find that this day feels like everything is aligning just as it should and it is an especially auspicious day to donate to a charitable cause.

7/14: Sun opposed to Jupiter. New opportunities beckon but staying realistic about chances and probabilities is key.
Ask: What previously unseen opportunity is asking for my attention?

7/15: Sun opposed to Pluto. This opposition highlights the places where you have knowingly or unknowingly restricted yourself when it comes to healing and personal power. At its best these places are illuminated and freed up so that you can work with them in a healthy manner.
Ask: What old wound is ready to be fully seen?

7/20: New Moon at 28 degrees Cancer, 12:33 PM. Here are Four Ways to Honor the New Moon just in case you missed them: https://brianasaussy.com/4-ways-honor-new-moon/
Ask: What home am I ready to create?

7/20: Sun opposed to Saturn. This opposition can leave us feeling like no matter how hard we try, we are never going to really get what we want. Take a breath and acknowledge that this is a moment in the story, not the entire story.
Ask: What would happen if I let go?

7/27: Waxing Quarter at 14 degrees Scorpio, 12:31 PM. This is the perfect time to brush up on your divination practice! https://brianasaussy.com/teaching/20-question-tarot/
Ask: What mystery am I ready to explore? July

He has a bad reputation as one might imagine, given the whole devouring children because he is afraid to lose his title thing. That is the thin story about the God and his namesake celestial sphere.

However, that was not the original understanding of this Holy Helper. Much older tellings show us that Saturn was the land itself – preserved, cared for, abundant, and full of wealth both on the surface and beneath. This is why for ages he has been petitioned to help us discover HIDDEN WEALTH and I would suggest that this is a powerful point to pause and ask ourselves:
What wealth is hidden in our own lives?
Saturn is one of the best Holy Helpers to help answer that question.

He is the patriarch of his Divine Family and as we know Fathers, just as Mothers, have their luminous and shadow sides. So Saturn is the one who stands with us when we work to make sense of our relationship with our Fathers – the ones in our lives who have shown up in fatherly ways, our biological fathers, our spirit dads, AND the inner Father that we all, regardless of gender, carry within. Saturn is the Holy Helper who patiently looks on as we ask: What does right relationship with Father look like?

Holy Helper Saturn is also the one married to not one but TWO Goddesses. Ops – better known as the Greek Rhea. Mountain-making and mountain loving Goddess of vast, unfurling resource and abundance. AND before her, Lua – Goddess whose stories have been mostly lost but who collected all bloodied weapons after battle. Some have the radical idea that the Goddesses were the same, two sides of the same Holy Helper – one who provides the inspiration for creation, one who tends to the weapons that have been used to destroy.

This part of his tale gives us a clear set of guidelines for what right relationship with Saturn might look like:

2.) Gather up the weapons. We do this by naming them.

3.) Clean them and purify them in the ways you know to do. Simply ask: what medicine can return this to a state of wholeness?

4.) Give the weapons new names, for they are no longer weapons, they are tools.

Stories of Saturn make this Holy Helper planet out to be malefic, bad luck, bad juju, but Saturn is one of the Holy Helpers most able to walk with us when we are alone, wounded, in pain, and ready to make lasting change.

I would add that in alchemy, Saturn is associated with lead. And lead is precisely the element we cloak ourselves in whenever we need protection from radiation.

And this too: after we worth Saturn we FEAST! His festival, Saturnalia, like the later festival at the same time, Christmas, is a celebration – not because there is no struggle and life is always good and easy but PRECISELY because there IS struggle and we have made it through to the other side.