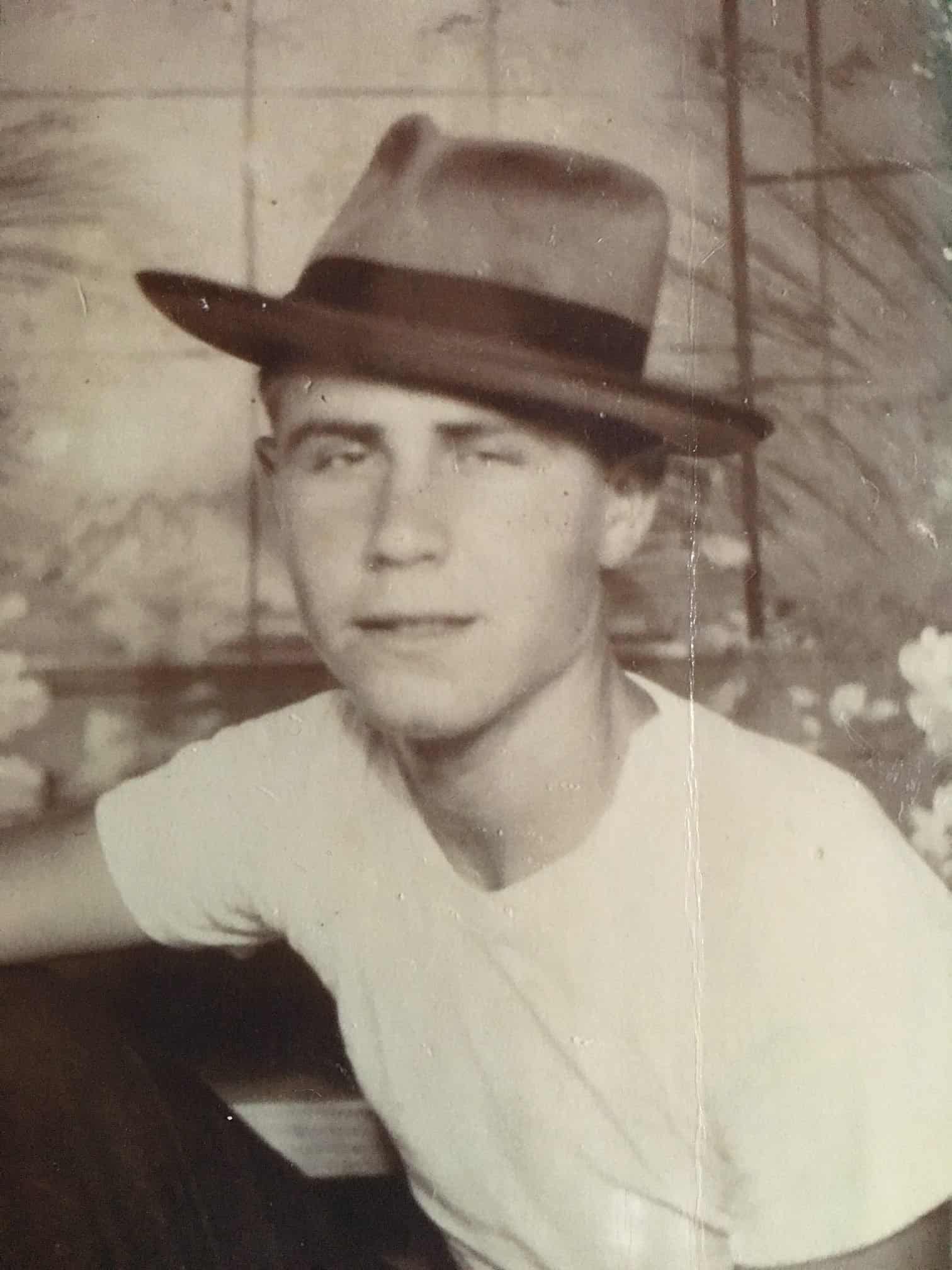 You all know that lineage matters a great deal to me yes? I’m a strong believer that those who teach, as I do, should especially be clear and honest about their lineage – who are the people who gave them both information and inspiration? I’d like to tell you about one of my earliest, deepest, and truest teachers today, my grandfather.

Today is my grandfather’s birthday and if he were still among the living he would be 82 years old. He died on July 28th five years ago after living in a state that was very much in both worlds (due to a massive stroke) since October 31st, 2005. I miss him every single day; but I also speak with him every single day. That is one of the gifts of remembering your Beloved Dead.

I don’t think it would be too extreme for me to say that the first person who taught me to walk in both worlds; the man who taught me magic, was my grandfather.

From a very young age he instilled within me a love for story, for the wild and unruly (whether it be plant, person, or critter), for music of all kinds, and for the holy. It was on long walks with him through meadow and thicket that I found the roots of my own radical reverence; planting zinnia’s in row after row as a storm rolled in, sitting barefoot on the front porch shelling peas while he played his acoustic guitar, closing my eyes while he would take my hand in his own much larger, dark brown, work-calloused hand and listening with my skin as he would tap out the beat of a song and then ask me to guess what the song was – learning to listen, he called, it, with more than my ears.

My grandfather was a devout Baptist after meeting my grandmother (he himself was raised with the “old ways” and there was never much elaboration on what, exactly, that meant); but I knew from an early age through his teachings that church was not where one went to properly see and speak with God – in order to do that you needed dirt under your nails and dew on the hem of your gown.

Papa taught me where to hide offerings for the Little People, how to make a sacred vessel out of a bored out knot hole in a living tree so that the animals of the field would always be allies (you fill it with acorns and honey naturally enough), how to spot and harvest the wild onions and garlic that grow in the springtime, the Texas Persimmons that are ready right about this time of year, and the chili piquin peppers that show up in February. He taught me that the juiciest blackberries are always hidden beneath the most thorns and that it is worth the prickles and a few drops of blood to get to them, how to burn a piece of land to prepare it for sowing in new life, what rocks could be moistened and then used as red clay body paint, and where the fat horny toad lived. Papa taught me to help wherever you could, to never kill a spider, and what snakes were helpers or dangerous by turn. He taught me about how barn owls will come and speak to some people in their dreams and when they do, you best listen to their messages.

My grandfather was not perfect, not by a long shot. He came of age in a place where everyone was poor but even among them, his family was seen as especially poor. Considered a half-breed because his mother was Cherokee, the family grew up on literally the wrong side of the railroad tracks. Physical violence in his family was the norm as it was in so many families at the time and Papa told many stories of traveling over to the Black part of town (in highly segregated rural east Texas) and learning how to play guitar there. He would be “skinned alive” by his daddy when he got back home but it was worth it because it was music. Talk about a language that transcends. He was in many ways a hard man to live with by all accounts, with a terrible and often violent temper. The times with him were not easy, especially for those who loved him best.

Sometimes I am asked by students and clients if I think people can really change. This is an old, old, question. I say yes. No hemming and hawing, no qualifications. Yes. People can change. Fundamentally and deeper than deep; yes, it is possible. I know that because I know my grandfather did when I was born. According to our family it was sudden and extreme, as if much of the anger, frustration, and violence was breathed out of him in one great gust. He still had his moments – I remember a few of them myself, but with the arrival of me, his first grandchild, the storm raging inside of him mostly passed on. I would never say such change is easy or common; but is it possible? Oh yes.

I was talking to my grandmother yesterday about today, my papa’s birthday. She reminded me of the date of his death (I always forget) and I remember being able to sit beside his still body with my husband and my five-month old son. It was a blessing to sit there with him, hold is now-cold hand in my own one last time before we set about creating the rituals and blessing ways that we make when one of our beloveds passes on.

I told my Nana that I do not memorialize the time of his death, but rather I remember him at the time he was born and came into life, today, August 7th. His candle has been lit, I’ll make the cornbread he so loved and drink some Big Red soda pop in his honor. I’ll continue asking him questions, he will continue telling me stories, and when the owl shows up in my dreams now, I know it comes as a gift from him.

My papa loved to tell stories and he loved a good audience (Leo). I know he would like me telling all of you part of his story, and he would want each of you to go out, find magic, and tell many more stories of your own.