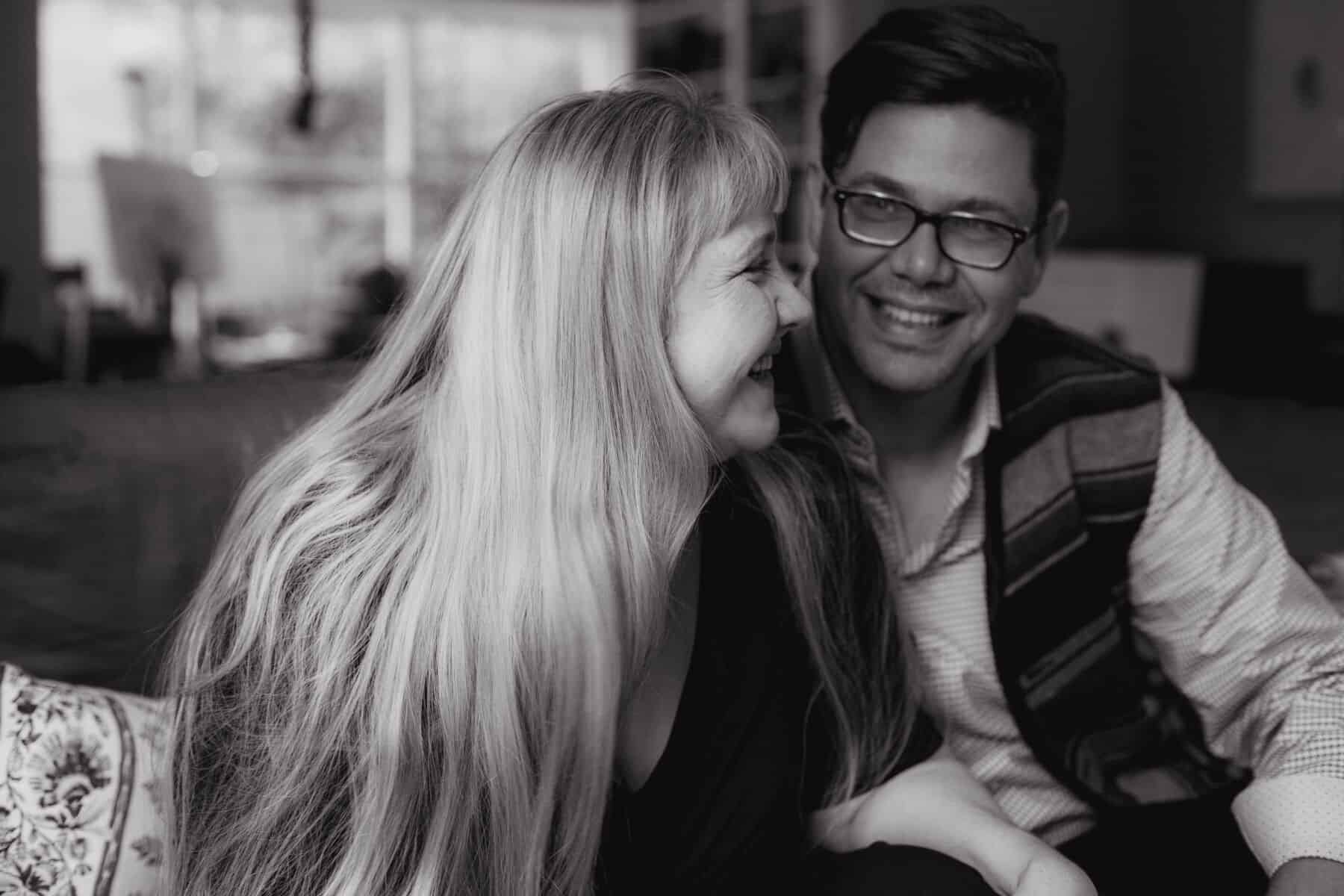 This past Friday, I finally got a chance to watch the movie “Lincoln” by Steven Spielberg, which came out in 2012. Friday is movie night for us and it was my choice (we take turns choosing). I wanted to see the film but I also wanted our 8-year-old son Jasper to see it since he had been doing a reading unit on Abe Lincoln in school. So David made stove-top popcorn, and we all snuggled down to watch the movie, and then later talk together about what we had watched.

The stand-out moment for me was when Lincoln (played by the incomparable Daniel Day-Lewis) had a meeting with the abolitionist Thaddeus Stevens (portrayed by Tommy Lee Jones). Stevens accuses Lincoln of having a broken moral compass because he is all too willing to compromise and be satisfied with only the passing of the 13th Amendment. Stevens was the one who sponsored the Bill that sought to abolish slavery throughout the United States, and he accuses Lincoln of losing sight of the North Star, losing his compass, – which, in this case, is not only the passing of the Bill, and the freeing of the slaves, but also, and more importantly, equality of races in all measures, including voting rights. The problem was that a lot of the legislators, sad to say, weren’t ready to accept equality of the races (not to mention gender), but were fine with equality under the law. That is to say, they were OK with equality so long as it wasn’t too much and without condition. Yes, a sad commentary on human nature. Lincoln knew that Stevens’ Bill that would free slaves would never be passed on the grounds of Stevens’ own arguments, and so he asked Stevens to temper his arguments in order for the bill to be passed. He needed Lincoln‘s pragmatism if he really wanted to abolish slavery. For, obviously, if slavery were not abolished in the first place, there would be no chance later for full equality under the law and beyond.

Lincoln the idealist feels the gravity of the moment. His response is telling, and he eventually wins over Stevens. Yes, he says, we must know the North Star and have a good working compass but there are bogs and marshes – unpredictable pitfalls – that mark the way forward. A person who looks only at the North Star or only measures by his compass will find both to be of little use to him if he ignores the impassable terrain right at his feet. Stevens hears this and is persuaded by it. He does indeed temper his own arguments and in so doing the 13th Amendment passes and slavery is abolished in these United States.

This moment in the movie speaks to a timeless tension in our public and private lives that concerns social a political injustice, change, the ideals we have about the human good, and how exactly to get there together. Over 150 years later we are still working through this tension at the heart of our democracy. If changes are needed, what changes? Where? and How? And what will be the consequences of those changes? Are we prepared to accept the consequences? How do we argue persuasively for our beliefs while keeping one eye on our compass and one eye on the dodgy terrain at our feet?

Fairy Tales and the old stories that form the bedrock of the Sacred Arts also ask these questions in their own way, about our inner lives. Thus the other reason why this moment really caught my attention – besides speaking to a timeless tension in social and political life – is that it speaks directly to the power of the Sacred Arts. Why are the Sacred Arts so valuable to the Soulful Seeker? The Sacred Arts supports us in discovering our own North Star, our own best compass, and in circumnavigating the actual terrain of life. And they do it not by dint of perennial wisdom or conforming to a rigid doctrine; but rather by allowing us creative and free access to resources that are personal, practical and wise to the core.

Our broader spiritual community in North America tends to overlook and discount folk magic practices, ritual, and divination. We like things to be vaguely inspirational, white-washed, without dealing with the tough unremitting stuff of life, like grief, real suffering, and loss, anxiety about “low” things like money or relationships. Even divination practices like tarot and astrology tend to be handled in this way. But there is a great untapped potential in such discarded or mishandled things like the Sacred Arts, a potential we discover when practicing several in complementary ways. Brought together, the Sacred Arts are more than a pointer showing the soulful seeker the way forward. They are also a means to walk the path.

Over the years I have come to believe that you should always have not only a North Star Rite but also a North Star goal – a big promise that you make to the cosmos that speaks to the essence of who you are and what you are here, right now, in this wide, wild, world, to do. Writing a book was part of my personal promise. As some of you know, I was born with a cleft pallet, and so I understood from very early on that part of my promise was to use and find my voice. Seven years of speech therapy, two surgeries before the age of four, and 38 years later I can say with confidence: Done. And also: I’m just getting started. So that’s the level at which I was thinking: promises to the Cosmos that speak to your innermost essence and nothing less.

But earlier this week I was talking with my beloved about our overarching vision for our work and community of soulful seekers. David, my incredible husband, celebrated his birthday a few days after Jasper celebrated his. As birthdays often do, this one led to some deep reflection for all of us. So there we were, talking about the vision, the BIG PICTURE, the North Star. My love and I were not talking about different individual projects or the day-to-day workload – we were talking about our vision for what a vibrant community of sacred arts and soulful seekers looks like, sounds like, and feels like.

Of course, there are more books that I want to write not to mention brilliant clients and students to serve, an enchanted household to tend to, and wonderful courses to create and teach. I can say, in all honesty, that things are so very full. In all seriousness, though, I was getting a bit stuck trying to say what that big picture looks like.

At this point, David asked me what my vision was for each soulful seeker in our community, and for the community as a whole. He wisely suggested that maybe I would be able to best understand my next big vision if I understood what I really want and hope for and expect for each of you.

And so, today, in celebration of our gorgeous Full Moon in Libra I am going to tell you what this Libra really wants for each of you. Ready? Let’s do this.

I want you to be whole. I hope, desire, and expect your lives to be whole. Whole does not mean perfect. Whole means connected so that you are not dealing with a broken heart over here and money worries over there and your mother on Saturdays only. Whole means that you see what is actually there — not what other people tell you is there and you react and respond with an eye to right relationship. Whole also means that you are aware of how connected we are, not just to one another, but to all creatures – in particular, specific, and measured ways.

I want you to be healthy. I hope, desire, and expect your lives to be healthy and lived with the understanding that health is much broader and richer than we normally think. To be healthy is not to be without wound, scar or sickness but rather to live richly and vibrantly in the best ways and means available to you alongside wound and scar and sickness. To be healthy too is to recognize the preciousness of the physical body as well as mind as well as heart and to discern in love and wisdom what and what not to expose yourself to. It is to eschew the toxic and to be firm in your right to be unmolested by any external forces.

I want you to be holy. I hope, desire, and expect your lives to be holy, for I firmly believe and see every day that the world is in need of holy people now more than ever. Holiness goes hand in hand not with grand cathedrals or religious sanctuaries tucked into mountains, but with and in the enchantment of everyday life. Kissing your love is holy. Packing your child’s lunch is holy. Tending your garden is holy. Painting a wall and feeding the hungry and swimming in the deep sea – all holy. I hope, desire, and expect that each of you will see holiness as your natural state and understand that it requires not for you to be pure, unbroken, or without a mark but that rather it is most easily found in exactly the places where you feel most marked up, broken, and not ready. I hope, desire, and expect that as we come to realize and see what holiness really is and can be we are both blessed and blessings in turn.

These are my compass points for our community. They are each a point of my own North Star. The Sacred Arts practices that support them are the exact same practices that have been called on throughout time – and can still be called on by us – to not only illuminate the impassable terrain at our feet but also figure out the best way through the terrain, and to actually get moving through it. I know that is true because I have lived it as many of you beautiful readers, have as well. We know that the way forward will have all kinds of interesting obstacles and detours along the way, and so it is especially of utmost importance that our vision of what is possible, and probably, and choice-worthy shine especially brightly for every single one of us.

That’s what I really want. What about you?